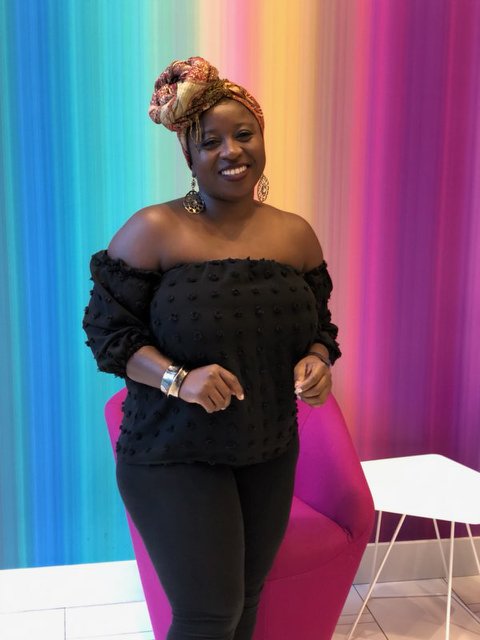 I am home but I miss home.

This sentiment echoes in my head every time I get on the train in Toronto and I hear someone speaking in my native tongue, Yoruba. An involuntary resigned sigh, and a reminder that I willingly and deliberately chose Canada as my new home, always accompanies it.

These inadvertent clashes between elements of Nigerian culture and my desire to be completely immersed in Canadian culture brings to the fore the concept of integration. How long does it take to be fully integrated into a society that one has chosen to become a part of?

I want to blend in. I don’t want the first thing people ask after I open my mouth to speak to be “Where are you originally from?” I have been here for only two years but I am terrified that for as long as I live here, I will always be an outsider.

I want to blend in, but I don’t want to lose who I knew myself to be for three decades.

Home is where the heart is; my heart is here, in Toronto. In the same vein, I want to converse in Yoruba, I want to eat Amala and Ewedu soup, I want to see an older person, kneel down to greet, without them balking in fear at the thought of a stranger grazing their knee on the pavement in obeisance.

I am home, but I miss home.

For most immigrants who have moved out West, it is a struggle similar to mine. This dichotomous pull is also accompanied by the expectation by the host society that they quickly fit in; after all integration is supposed to be an essential part of immigration. There is a visible impatience by the host society when they see that the hosts are not adapting as quickly as they’d desire. It is there in the snide comments about the smell of curry; the presence of the niqab, the colourful festivals and ceremonies that are common to immigrants from Africa and Asia. Interesting to note, however, is the fact that this expectation to assimilate quickly is not thrust on Europeans and Americans when they go on the other the side of the Atlantic.

The British, from the 1850s, colonized Nigeria till they finally took their feet off of our necks in 1960. Yay, independence! The result of their time with Nigeria was that they left us with their style of clothing; their cultural nuances (hold the fork in your left hand, never the right!) their language; and even their Jesus. Because what is salvation to lost black souls if it’s not embodied in a blue-eyed blonde messiah? It was a case of reverse blending.

One could argue that the difference lies in the power dynamics and the economic structures in place. In the case of immigrants (or expatriates – depending on the money lens from which you view cross-atlantic migration) you came here because you wanted change from your home, and you now have to live by the rule of the hosts. It is just good manners. Right?

But this means that immigrants run the risk of the erasure of their culture and everything that it embodies. With the quest to blend in, there’s the temptation to see your language as shameful. First generation Indians and Pakistanis in the West will often tell stories of how they were ashamed when their White friends come visiting and their parents are speaking in their native language. In a bid to blend in, they speak English as often as possible, in order to avoid coming across as uncultured. There is an urge to rebel against immigrant parents because they don’t want to be seen as ‘weird’ or different from their friends in school. These kids want to blend in.

However, the danger of this assimilation is that you’ll find yourself struggling to be a part of, but never nearly as close as you want. I will never be Canadian enough for the Canadians; and the longer I live here, the more diluted my Nigerian side will be. I may lose my authentic identity. Those values of strong family networks, the shared meals, the importance being there for your kin…I find that the longer I’m out here, the more removed I am from these things.

In the recently released movie adaptation of Crazy Rich Asians, the lead character, Rachel Chu, played by the amazing Constance Wu, was told that her boyfriend’s mother would see her as a ‘banana’ – a derogatory term used to describe Asians who had become too American and lost their Asian heritage (yellow on the outside, white on the inside). Blending in comes at the high cost of cultural erasure.

How does one find the right balance then? This is a particularly difficult conversation to have today, as the West struggles with racism and bigotry. A few months ago, a White New York based lawyer was recorded yelling at two people in a salad store – for speaking in Spanish. He admonished them that they were in the US now and had to speak English. He threatened to call immigration because that two people were speaking in Spanish to one another in the USA. According to Aaron Schlossberg

“If you intend on running a place in Midtown Manhattan, your staff should speak English. Not Spanish.”

In the past, I’ve always wondered about immigrants who would come out West and refuse to try any other form of cuisine; they’d only be friends with people from their home country. And while the harsh winters of Canada might prevent them from dressing in their native attire, they’d wear it at every opportunity they get. I always thought: why come all the way out here if you’re not going to learn new things? Isn’t the point of coming to a whole new country to embrace new experiences? However, with further introspection, I’ve begun to see that it’s easier to start with the familiar. Leaving your home and everything is HARD. It’s so much easier to interact with people who look like you, whose hair feels like yours and you can find a braider within your social network without having to explore Instagram hashtags. It’s easier to find a caterer who’ll cook Jollof rice at your husband’s 40th birthday – because try as much as you can to blend in, nobody’s serving poutine at a Nigerian party. We love you, Canada, but Jollof is king!

That being said, my heart goes out to hosts who continually complain about the refusal of immigrants to blend in. Maybe they’re simply afraid that one day they’re going to find out that North America has become a large mass of Tamils and Chinese. Maybe they recall what Europe did to Africa and think, in 200 years, Canadians are going to be wearing Iro, Buba, and gele. I don’t think that’s a terribly bad idea; after all, Nigerians are still wearing suits and ties in the sweltering 36 degrees weather.