Where Are The God-Fearing Men? 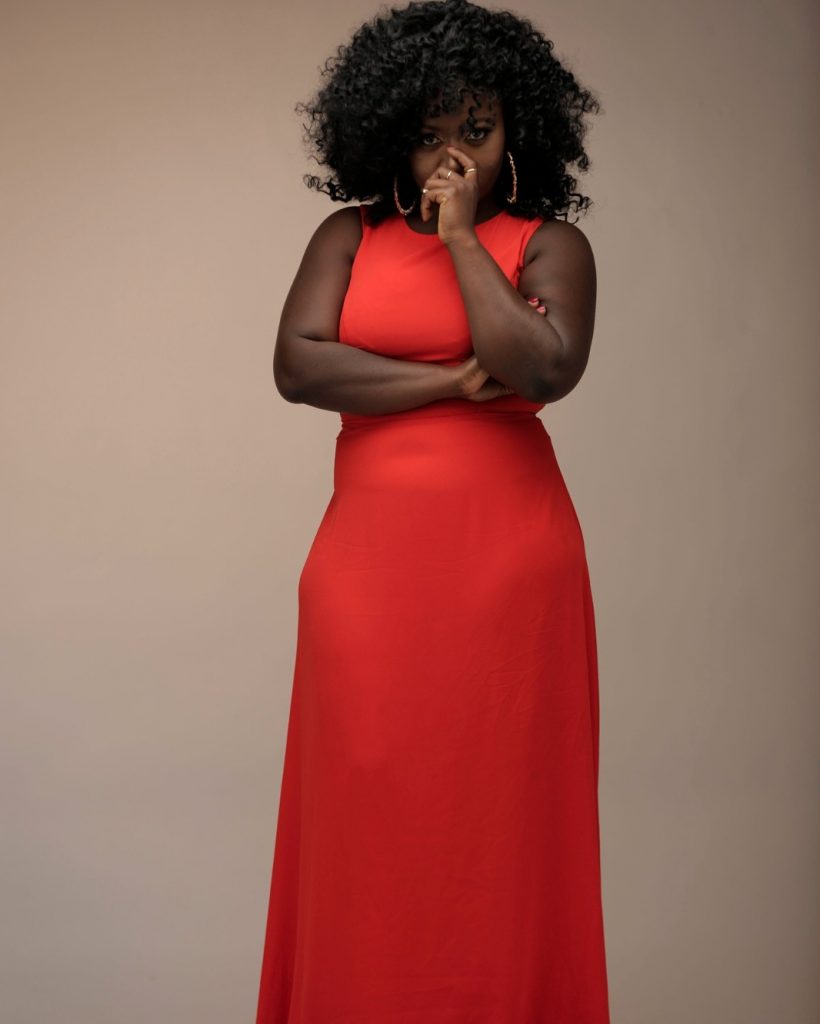 Born into a deeply religious home, to two extremely Christian individuals, it was ingrained in me very early on that the true bedrock of a solid home was Christ.

Christ is the corner stone
On him alone we build

This hymn was one of the numerous songs that heralded our morning devotions. Led daily by my father, and co-anchored by my mother, our prayer sessions were evidence of a stable home. Or so I thought. A home where father prayed, mother read the Bible and children belted choruses in praise of the heavenly hosts.

According to my mother, the man I married would be the head of the home; as long as he had the fear of God, every other thing would fall into place. A man who fears and loves God would have all the other traits necessary for securing the foundation of a good home.

Our lives are hidden in Christ, in God.

So, throughout my formative years, God-fearing man was on the top of my list of things I wanted in a man.

Then an unfortunate thing happened.

I grew up and started to see the men in my life. None of them had the fear of God. They didn’t even pretend to love and respect this deity.

Other than the performative acts of repititive Sunday church attendance, I did not see any traits that reflected a love and fear of the revered most high. Men seemed to live as they willed and women were constantly reminded to remain pure. The scope of the required feminine purity was not limited to sexuality; it went without saying that it was an all encompassing form of restriction.

I moved away for secondary school and I lived with a family of Muslims in a predominantly Muslim town. Armed with the expectation that I’d find the human traits that I had been taught were indicative of the presence of the fear of God, I was once again disappointed. Perhaps I got it all wrong. Maybe my idea of the values of a God-fearing person was all wrong. Perhaps all it was meant to be was lip service – a badge one acquires and stores in the closet.

Let’s take a few steps back; what are these traits that I thought a God fearing man would have?

1: Spirit filled and prayerful
2: Altruistic and selfless
3: Loving unconditionally
4: Liberal in the action he pursues
5: Has a personal and ongoing relationship with his Spirit
6: Remains honest and trustworthy at all times
7: Maintains a connection/fellowship with members of his faith.

These traits paint a picture of perfection and this is why they exist only in fairy tales. Even the Nigerian mothers, who emphatically nudge you towards this mythical God-fearing man, know he does not exist. It is for this reason that at the wedding, prayers are intensified for the bride to hold her home. First, her friends pray for her that she finds happiness with the person she has chosen. Then, her mother, sisters and aunties uphold her spiritually. She is bestowed with the mantle of the spiritual upliftment of her new home.
At the religious ceremony, the couple is enjoined to ensure they make God the bedrock of their home. The man is reminded that he is the head of the home as ordained by God. The woman is then reminded of her responsibility to make sure the wind of faith never ebbs in the home. When the children come, she is to ensure she raises them in the way of God. The burden of supporting the family spiritually, rests solely on the woman.

And here lies the disconnect: if a man is supposed to be the head of the home, why is the woman responsible for the faith drive of the family?

Where are these God-fearing men that we were supposed to meet, love and spend the rest of our lives with? – the ones for whom we sang loudly “God give us Christian homes”.

In my experience, looking around my friends and family who are married, the wives are the ones who uphold the mantle of religious beliefs and actions. Some of my female friends who are Muslims complain about how they have to continuously urge their spouses to fast during Ramadan. The wives frown at the consumption of alcohol and other vices that contravene the Islamic laws.

My Christian friends have noted how they have to bribe, cajole and beg their husbands to attend Church or even pray with them. It is, oftentimes, a choice between the gaming console and attending fellowship.

The men, on the other hand, have a very flippant attitude towards spirituality, or dare I say the outward performance of their faith. A male friend once said his mother was responsible for praying for him and his brothers! It was his hope and belief that his future wife would intercede for his children.

So, are the men not raised to pay any attention to their faith or religion? How important is faith to the Nigerian man? Does he have any of the attendant traits that come with being a God fearing man? Do the men we see at church or at mosques have any plans for walking in the faith? Do these men go into marriages prepared to “hold their homes in the place of prayer?”

When my mother found out my sister-in-law was from a strong Catholic background, she was particularly excited. Referring to my sister in law, Mother said “At least she will be taking him to church”. It did not matter to her that her son was not Catholic nor did he profess any faith; what mattered was that there was now a woman in his life who would take responsibility for his spiritual safe passage into eternal life.

The faith burden, placed unwittingly on yet another woman.

A few years ago, a video was released on the Internet where Pastor E. A Adeboye, Lead Shepherd at the Redeemed Christian Church of God, told his male parishioners to not marry a woman who is unable to pray for an hour.

“Marry a prayer warrior! Any girl who cannot pray for one hour non-stop, don’t marry her”

Considering that spirituality and religion is a big deal in Nigeria, and the fact that women are supposedly “the neck and not the head” there is a lot of responsibility placed on the woman to support the family.

If the man is head of the home, and Nigerian women have been raised to seek God fearing men, it is confusing that the men appear to have  a very lackadaisical attitude in the area of faith and spirituality. Even in the single area of sexual purity, there is little or no expectation that the man comes to the marital bed undefiled. Ladies, tell me about your man’s sexual purity when you’re discussing wanting your man to be very well versed in the art of eating you out and making you howl in pleasure … as a newly wed!

So, what traits are we looking for in these men? They clearly don’t have any of the characteristics that we have been taught that they’ll have.

Women are expected to bear the spiritual burden of not just themselves, but also the burden of the men they marry. In addition, they’re also responsible for ensuring the children are brought up in the faith! Did I hear somebody say ‘Super Woman’? Still, ‘neck and not the head’.

I spoke to a few women about the spirituality of their spouses; was it stronger when they were dating? Did things taper out after marriage? Did they have a family routine for keeping the flame of faith going?

My friend Molara said that she had caught her husband eating way too many times during Ramadan. According to her, she had given up because when they met he did not present himself as a faith driven Muslim anyway. She didn’t see the point in stressing herself. As long as she brought up her son in the way of Allah. She was fine.

Fola wasn’t so nonchalant about it. Her husband had promised he would stop drinking and smoking after they got married and had gotten into a really huge row a few days ago when they had gone to visit her parents and Ope was smoking outside her parents’ house. “During Ramadan! ” She screamed in frustration. For her, her faith was a big deal because her parents had only conceded to giving their blessing to the marriage because she promised them Ope was a God fearing Muslim and all the “iwa pálapàla” (bad behaviour) they sensed was just because he had a “bubbling personality.”

“Was his being a God-fearing Muslim a part of the selling point for you?” I asked, wanting to know if his faith (or lack of it) had any influence on her decision to marry him.

“God fearing kini? The Ọpẹ́yẹmí you know or another one? He is just called Abdulrasheed for nothing. He barely prays. But I love him. And I wasn’t going to date or marry someone of a different faith”

The final person I asked was Anu, whose husband goes to church every Sunday; he does not pray or do any other thing to reflect the fact that he checks the box ‘Christian’ on forms.  She mused quietly, “At least he goes with me. Hopefully when he grows older the Lord will touch his heart. In the meantime, I take solace that he comes with me. There are people whose husbands stay at home to watch basketball”

With that last salvo of what I imagined was a sub at another friend, I have to round up this post. So guys, where are the God fearing Nigerian men? The ones we’ve been raised to aspire and pray for?  Where are the men we’ve been groomed to take the lead in our lives?

With Nigerian men and women bending over backwards to justify and support of fraud in the past few weeks, I am asking this question genuinely. Personally, I’d be very happy with a partner who does not come with the God-fearing title; as long as they come with certain positive life values and ethos, I’m good. I can’t now come and be having emotional turmoil about whether Le Boo is a fraudster and my last birthday present came from money laundering activities.