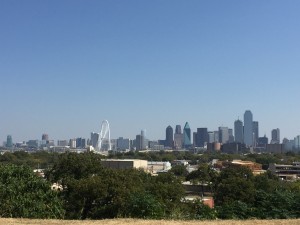 Seven; it was that time in the evening when I was supposed to do the one chore that was allocated to me outside the kitchen. Drawing our threadbare curtains to a close was not supposed to be as enjoyable as I found it, but there was something fascinating about fabrics. The curtain that prevented prying eyes from looking into our scant living room was bright red in its past life. Intricate wefts of yellow and purple were woven through it in sharp diagonal angles; and although the places where yellow met purple was no longer distinct, I imagined how rich they were when they just left the loom.

Father thought they looked garish, and reminded him of a ‘whorehouse’. My mother would hush him every time he said this: “Folabi please! Not around the children.” Children? Maybe my brother was too young to know what it meant, but there the import of the word was certainly not lost on me.
The curtains came from Aunty Tess, who gave them to us after she said she had turned her life around. Everybody called her Madam Shalewa before this life change. Now, we call her Aunty Tess, because the person who preached to her, and helped her see the light enough to give her life to Christ was called Tess. She told Mother that she owed Tess a debt of eternal gratitude.

I had heard Father complaining to anybody who cared to listen that their parents would turn in their graves if they knew that ‘Shalewa dared to discard the name Iya Agba had bestowed upon her on her dying bed.’ I didn’t think Aunty Tess cared very much for Iya Agba’s posthumous feelings because the name was firmly engraved over the door of her new restaurant in Surulere.

The curtains, which now covered our little windows, used to grace the walls of the establishment now called Tess’ Home Cooking. I imagined the curtains had a lot of secrets to share, as Madam Shalewa’s was very popular in our town. Before Aunty Tess found Christ, and gave away the things that reminded her of her past life, my brother and I anxiously looked forward to her visits.
We would conveniently play outside our little house on any Sunday we heard Aunty Tess was coming.

The first one to open the door of her car, was slipped a crisp one thousand Naira note. Our mother, on the other hand, was thrown into a constant state of unrest. She would fixate on whether we were wearing the right clothes – it wasn’t right for Aunty Tess to see us in our regular house clothes. Our Sunday best, pressed and donned, in time for her visit. When Aunty Tess settled into our living room, she seemed to suck out all the air with her presence. I didn’t understand why my father would sit quietly and not speak to his own sister; my mother replaced the silence with constant babbling with different food choices. The chicken reserved for Easter or Christmas would have been killed and prepped in anticipation of whatever Aunty Tess preferred. In the old days, she would ask for peppered chicken, and some beer to wash it down. Mother would quickly get to work, dragging me in tow. “Funto, bring the black stone out and grind those peppers for me. When you’re done, cut the onions and grind that too. I want the chicken to be well flavoured. You know your aunty doesn’t like it when it isn’t well flavoured.” My brother would be dispatched to procure the bottle of Guiness. We all had to play our parts in hosting our esteemed aunty with the gleaming big black SUV.

The more enjoyable the chicken, the thicker the envelope my mother stuffed under her pillow – away from the prying eyes of Father. I knew Father knew she hid whatever money Aunty Tess gave her. I had once heard him telling her that he refused to be a part of ‘Ashawo money.’ I thought money was just money – you know? to buy nice things which we never had anyway. Father’s refusal to collect Aunty’s gifts was strange to me. Until I found out what ‘Ashawo’ meant, and it left me confused. If Madam Shalewa was now Aunty Tess, the money wasn’t bad anymore…

The nomenclature didn’t seem to bother my mother; and when she used some of the money to pay for my Girls’ Guide uniform kit, I was sure that if God could change Madam Shalewa to Aunty Tess, then ‘Ashawo money’ could become ‘Good Girl money’.

That evening, as I drew the curtains close after Aunty Tess left, I could still smell the lingering scent she left on my dress as she hugged me goodbye. “You’re a big girl now, Funto. You should be wearing big girl clothes now. You should come over to my house and we’ll go dress shopping together.” She’d lowered her head towards mine and whispered the latter part of her message. I ran my fingers lingeringly on the fabric of the curtains; with my eyes closed, I imagined the dresses of different textures – velvet, silk, cashmere and cotton.

***
White; everybody said the white cotton dress I wore for my confirmation ceremony made me look angelic – well, according to my boyfriend. I didn’t argue with him; Dotun would have said anything if it meant me allowing him to touch my breasts after church. There was something intense about the way I felt; it left me breathless and thirsty every time we snuck to the back of the choir room. The goose bumps on my coffee black skin would rise, and my face would burn when his lips grazed my tiny, taut nipples. I loved discovering my body, and the excitement of knowing that 17 year old, University student, Dotun was the Vicar’s son. We sat together at teenage church for five weeks before he told me he liked me. I followed him with suspicion when he told me he wanted to talk after the service. My apprehension fizzled every time he made me laugh. I asked if he knew I was the daughter of the church cleaner; I reckoned if I talked about my station enough, then it wouldn’t matter to me what people thought about me.

His laughter was strange. It was light and easy and I wondered whether there was something about being in the vicarage that made life more bearable – maybe my laughter wouldn’t sound as guttural as it did if I slept on a feathered bed donated by foreign missionaries, or drank cold water from a dispenser instead of plastic sachets. “I didn’t know that ‘Daughter of the Church Cleaner’ was a description anyone would use on themselves. But if you’re asking if I know your Mum, yes I do. She’s the very kind lady who tells my friends and I not to leave our cigarette stubs behind the children Sunday School Class.” It was the brazen way with which he spoke about it that made me want to follow his lead.

He asked us to go steady after the Valentine’s day event organized for teenagers. That night, I let him kiss me. I imagined being one of Madame Shalewa’s girls; tilting my neck back, I allowed him slowly lick my earlobe, down to my collarbone. “You’re so beautiful” he crooned, nibbling the soft flesh of my neck. I felt beautiful and fierce. If Aunty Tess was still Madam Shalewa, maybe I would have asked her for tips on how to make Dotun want more. But that night, after confirmation, I was content with having the white cotton dress from Aunty Tess as the witness to my becoming a woman.

Freedom; it is that liberating feeling you’re supposed to have when you’re guiltless, pure and blameless. It is what they say knowing the truth bestows upon you. They lied. Freedom and truth are estranged distant cousins.

That night, I had pulled down our old curtains as instructed by mother, and was replacing them with the new ones our aunty brought. Now hanging on a drooping frame were pale blue lace curtains with green squares arranged in cross sections. The choice of lace as the predominant fabric was a strange one – how was this supposed to protect us from the blinding Lagos sunlight? My gaze and fingers lingered – trying to sense the idea behind the choices that went into the final product. When my gangly 11 – year brother came into the room crying, it was my grip on the curtain that kept me steady.

“They were talking about you. I heard them saying rubbish about you and I told them to stop. They wouldn’t stop. They just kept laughing and talking. And laughing. And …”
“Who said what? Who was laughing? Stop crying, and talk!”

Now I heard father’s feet being shuffled into his slippers and making their way to the parlour. Father was standing in the doorway, with the same downcast look I’d seen on his face in all the 15 years of my life, when my brother wiped the snot from his nose and said, “The boys in church – Dotun and his friends. They said they had bet 700Naira that you would straff Dotun the same way Madam Shalewa used to straff the Vicar.”